These past two years (2020 & 2021) have been rather odd so far. They’re unprecedented times, by all means: we’re in the middle of a global pandemic, mental health issues are skyrocketing, and climate change is getting worse. Consequently, there seems to be an increasing feeling of isolation, abandonment, fear and panic about the future. ‘What does our future look like’ and ‘will there even be one’ seem to be quite popular questions on a micro and macro scale as children are left with enormous responsibilities, hardly apt for their age (something, I know, happens quite frequently in all sorts of fields).

These two years weren’t that bad for me, personally, although I am aware that I speak from a position of privilege: I completed my master, wrote three different research proposals all of which were graded positively; I spent a lot of time writing about Early Modern England, botany, queer studies; I started editing a volume of essays on one of Shakespeare’s plays. I was also supposed to leave for Scotland but, due to a series of bureaucratic delays and lack of communication between departments, something that would put even Charles Dickens’s Bleak House to shame, I found myself working for Theatre of the 7 Directions from home.

The silver lining of this rather unfortunate twist of events was that it allowed me to take part in summer camp not merely as an assistant, but also as an active participant. This summer programme, which was launched by Charioteer Theatre and is now under its new educational branch, is an annual event that allows teens (and now university students too) to retreat to the countryside for eight days, in a rather Boccaccean way, I’ll admit, and take part in a variety of activities related to ecotheatre.

The aim of Theatre of the 7 Directions’ courses isn’t to teach people how to recycle or anything that may come to mind when one mentions the word ecology. Instead, it takes from Joanna Macy’s deep ecology, David Abram, Val Plumwood and other ecologists that connect art and nature. It is also about self-exploration and discovery and the investigation of the bond between us and nature. A decent aim, in this day and age, baffling, perhaps, when you’ve spent most of your life asserting yourself: I know perfectly well who and what I was, am, and will be – it’s ancestry, of course, the heavyweight of a surname no longer used and pedigree, but also conviction. It’s not to say that the activities aren’t publicised like that, but, rather, to highlight the fact that there’s more to it.

Yes, Theatre of the 7 Directions promotes self-knowledge through our connection with nature.

Yes, it also asks you to go back to different stages of your life and think about them.

Yes, it encourages introspection and the discovery of all those parts that make us who we are.

It’s also a way to connect with other people while connecting with nature, be aware of their problems and perhaps dismantle the insularity of one’s experiences in an environment that does not feature any embarrassment (if anything, it is left at the door). Were the participants incredibly young? Most definitely, although I am at an age where anyone under a certain age feels like a baby, but it was refreshing to step out of my own bubble if only for a little while, interact with people I would usually not interact with, and be once more reminded how I do not want to turn out to be like.

One way or the other, summer camp was a rather enriching experience.

Copyright © 2022 Theatre of the 7 Directions 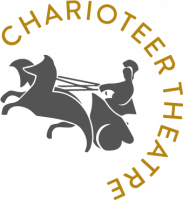